Back to Review Board 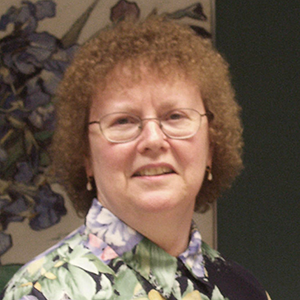 Retired Professor at University of Delaware

Dr. Mary Ann McLane received her PhD in Physiology (1993) and MSc in Medical Technology Education (1980) from Temple University (Philadelphia PA), and a BSc in Medical Technology (1976) from Neumann University (Aston PA). She has taught in medical laboratory science programs at the University of Delaware, Neumann University, Temple University, and Thomas Jefferson University, specializing in clinical chemistry, urinalysis, medical terminology. Her NIH-funded research dealt with naturally-occurring inhibitors of melanoma cell activity. She was named the Graduate Director of the University of Delaware's Medical Sciences PhD program from 2011-2018. She has been a member of the Consumer Webpage Response Team of the American Society for Clinical Laboratory Science since 1999. Her efforts to "provide the face" of the clinical laboratory have included organizing the ASCLS booth at the national US Science & Engineering Festivals since 2010 and the ASCLS-DE booth at the local Apple-Scrapple Festival in Bridgeville DE since 2010.